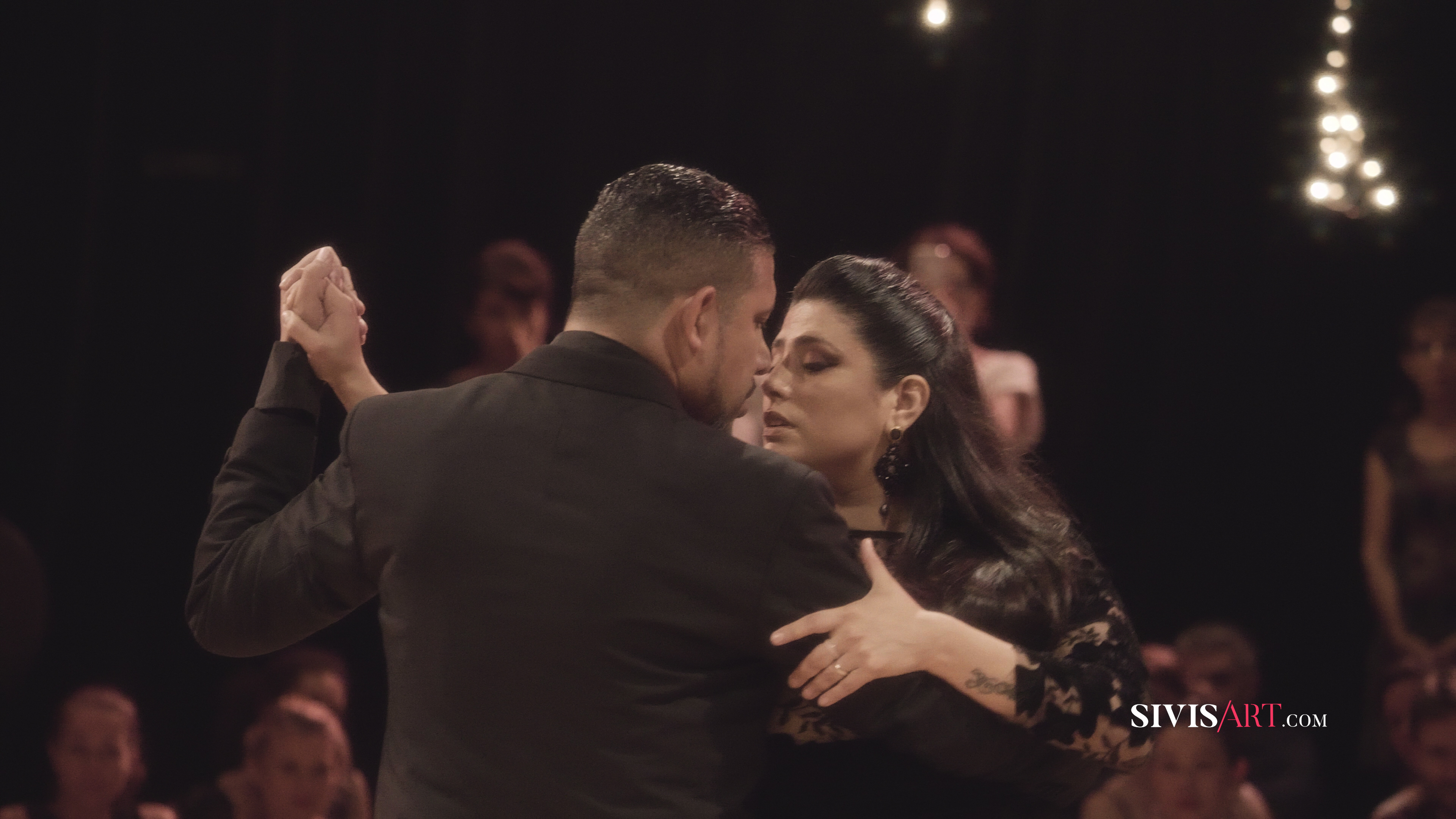 By Sivis'Art1 août 2019novembre 4th, 2020No Comments
María Inés Bogado started dancing when she was 12 years old. She grew up with folklore and received her degree in Folklore Argentino at the Centro Polivalente de Arte de Ezeiza. In 1994 she discovered tango and began studying with Cristina Pugni and Diego Gauna. In 1997 she continued her studies with Carlos Perez and Rosa Forte at the Club Sunderland. During this period she met Sebastián Jiménez with whom she entered into a professional tango partnership.
In 2010 they won the title of Metropolitan Champions of Vals and World Champions in Tango Salón. After winning the titles they went on an intensive tour around the world, teaching and performing at the most prestigeous tango festivals on all continents.

Roberto Zuccarino started to dance tango at the age of 15 years in Mataderos neighborhood, with his first teacher Oscar Hector, in the traditional Glorias Argentinas Milonga. He performed with many renowed tango teachers, but he adopted like his master to Silvio Lavia. His career as a profesional dancer started with a show in « Galerias Pacifico » with the famous orchestra « Los Reyes del Tango » He joined the show « Estela Raval y los cinco Latinos » performed in different theatres of Buenos Aires like Astros, Opera, and the prestigious Luna Park. As a producer and director, in 2011 he created his first show « Tango y Nada Mas », presented in « Margarita Xirgu » theatre, for more than four months. organizer of Argentina Festival of tango, festival of in intalaciones, with Maria Ines Bogado is presented in the best Festivals of the world!